We use cookies on our website. They help us get to know you a little and how you use our website. This helps us provide a more valuable and tailored experience for you and others.

You can revoke cookies at anytime at the bottom of the page.

Although TB is preventable and treatable, it remains the world's deadliest infectious disease. In 2015 alone, 1.8 million people died from it. In 2015, the majority (54%) of the 10.4 million people with TB lived in the countries represented at the G20 summit. Despite its deadly toll, most countries lag behind in implementing the new tools that are available to tackle TB.  During the G20 summit, governments must include TB in their efforts to tackle the wider problem of drug-resistant infections.

“TB is an ancient killer, but we have the knowledge and the tools to tackle this disease; many countries are just not making use of these advances, and people are dying as a result,” said Lucica Ditiu, Executive Director of The Stop TB Partnership. “We’re calling on the G20 leaders to wake up and do something to stop the unnecessary deaths and the spread of TB, including drug-resistant TB.”

The diagnostic gap remains massive. Only seven countries[2] in the report have made Xpert MTB/RIF – a rapid molecular test to diagnose TB and test for resistance to first-line TB drugs – widely available. This means that the majority of people in the 29 countries surveyed are still tested with a method that fails to detect many cases, or that requires a wait of up to several months to confirm the disease. This challenge explains why so many people remain undiagnosed and untreated; globally in 2015, based on the gap between estimated TB incidence and the actual number of cases reported, 4.3 million people with TB were never diagnosed.

“How are people supposed to get treated for TB when they’re not even getting diagnosed?” asked Dr. Isaac Chikwanha, HIV and TB Medical Advisor at MSF’s Access Campaign. “If countries don’t do more to make sure that people can be tested, it will be impossible to reduce preventable deaths from TB.”

Progress has been made to make newer treatments available that are more effective and ease the burden for people with TB.

Hospitalisation for an extended period of time can limit the ability of a person to have a normal life and should be reserved only for the sickest DR-TB patients. The report found that 34% of the countries surveyed still require long term hospitalisation for treatment of DR-TB.  Newer medicines for the treatment of DR-TB have  demonstrated better outcomes than today’s regimens, which offer only a 28% cure rate for extensively drug-resistant (XDR) TB and a 52% cure rate for multidrug-resistant (MDR) TB. Seventy-nine percent of countries surveyed include the newer drug bedaquiline in their national guidelines, and 62% include delamanid in their guidelines; but globally, only 5% of people who could have benefitted had access to these drugs in 2016.

DR-TB treatment, which in some cases requires swallowing nearly 15,000 pills over up to a two-year period, can now be shortened to nine months.  Shorter treatments help people to get back to a normal and productive life faster. However, only 13 of the countries[3] surveyed (45%) have made shorter treatments available.

“With TB, the clock is ticking rapidly, as every 18 seconds a person dies of TB. We have to change that,” said Sharonann Lynch, HIV and TB Policy Advisor at MSF’s Access Campaign. “The number of people diagnosed over the last four years has stalled, while the number of deaths has increased rather than decreased. Countries need to use new tools and step up the pace of their response.”

The G20 governments are major contributors to the global TB response, with more than US$1.6 billion contributed to the Global Fund to Fight AIDS, Tuberculosis and Malaria in 2016. The G20 leaders now need to mobilize their resources to get more people diagnosed, make effective treatments accessible to all people affected by TB, and reduce TB deaths.

MSF and the Stop TB Partnership have launched a campaign to urge governments to bring their TB policies and practices in line with WHO recommendations, called #StepUpforTB (www.stepupfortb.org).

Download a PDF of the Out of Step 2017 report here 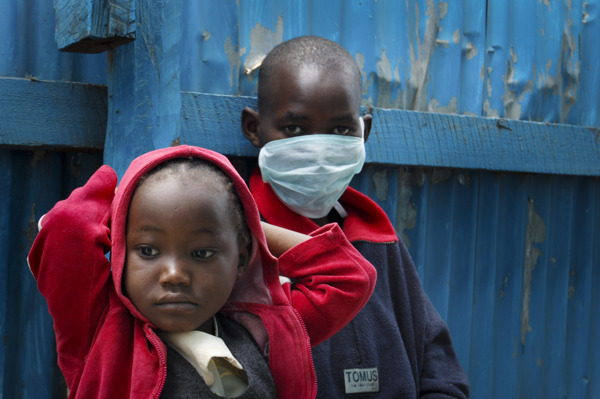 In 1999, in the wake of Médecins Sans Frontières (MSF) being awarded the Nobel Peace Prize, MSF launched the Access Campaign. Its purpose has been to push for access to, and the development of life-saving and life prolonging medicines, diagnostic tests and vaccines for patients in MSF programmes and beyond.